I’ve been gathering images from my 9+ years of shooting bands for a solo show I’m having at the Skylark Cafe in West Seattle this fall (Oct 8th is the opening party. Save that date!).  Part of the process is developing this little bag of old, unmarked & exposed 35mm film that’s been at the bottom of a box in my closet for almost 5 years.

I picked up three rolls from Pandalab yesterday.  Uploading the disc, I felt like I was a third grader opening a present on Christmas morning.  Would I get what was on my list?  Was it something I didn’t know I wanted? Will Christmas be totally ruined forever?

The gift was good.  I got an awesome memory back.  One of the rolls was Interpol at the Showbox from back in February of 2003, only the second time they had ever played Seattle, on tour in support of their first album.  I  camped out in front of Carlos’ side of the stage so I could learn something about and from the bassist (at the time I was playing bass for the Catch) and was just fixated on the man.  He wore suspenders, tight black pants and held a cigarette in his mouth all while lunging forward, powering through these intense  songs with his low slung bass.  All but three images from my roll of 36 were of him that night.  The next show I played I was a changed woman.  I can credit most of my onstage bass playing moves from being inspired by both Carlos D. and guitarist Carrie Brownstein.  Someday she’ll get her own, well deserved post. 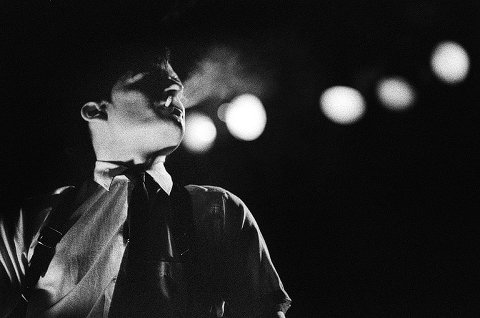 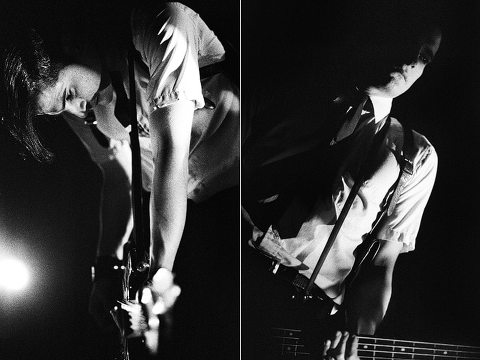