Brooklyn Bride is running a two part feature this week on Steph & Trev’s backyard wedding with all the juicy details behind it.  An excerpt:

“Trev and I met when we were 10 years old.  My grandma and I were going for a walk in the neighborhood, when I saw him playing on a slip n’ slide.  It was “like” at first sight.  Days later he asked me if I would pick blackberries with him, and I declined claiming that I just wanted to be friends.  We grew up together and were kid version of boyfriend and girlfriend many times (each time ending with an awkward instant messenger chat.)  We started dating again for the last time in high school and 6 years later… he asked me to  marry him!  A little over a year after that, we were married!” 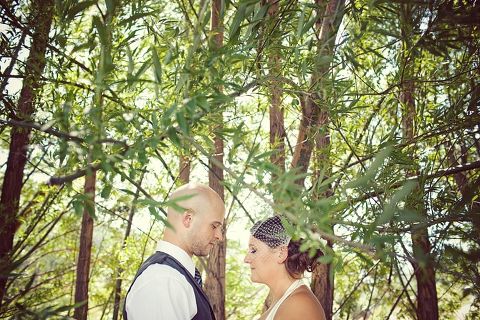